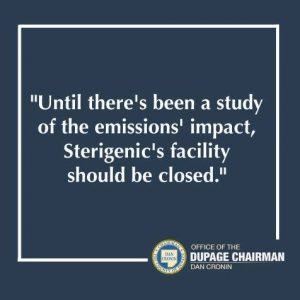 In 2014, the Environmental Protection Agency classified ethylene oxide as a carcinogen. Neighbors, Willowbrook residents, and neighboring communities are all concerned over possible health impacts.

Sterigenics should not be allowed to continue operating under the current permit.

We must take whatever legal action is necessary to ensure the health and safety of the public and workers at the plant.

Here is the story that originally appeared in the Chicago Tribune:

Dozens of Burr Ridge residents turned out Monday to speak out against Sterigenics, a Willowbrook sterilization company that is releasing ethylene oxide. In 2014, the Environmental Protection Agency classified ethylene oxide as a carcinogen.

“As of three weeks ago, I am basically terrified for my daughters’ health,” S. K. Pedersen, a Burr Ridge woman, said at a Village Board meeting. “I have had cancer. My husband’s had cancer. Just about everyone on our street, Elm, has had cancer.”

In late August, the EPA released a report based on 2014 data that indicated the company’s ethylene oxide emissions may pose a health risk for residents. Burr Ridge Village Administrator Douglas Pollock said Sterigenics has installed scrubbers to their emissions stacks that should reduce emissions by 90 percent.

Nevertheless, he told residents the village has hired an environmental consultant, Kevin Aikman, a board-certified industrial hygienist. Aikman said while Sterigenics is currently operating within federal guidelines, ethylene oxide could still pose a danger to residents.

“It’s a potential cancer-causing chemical that’s being released into the environment,” Aikman said.

He said ethylene oxide is a colorless gas that is used to sterilize equipment. Aikman said it stays in the atmosphere from 69 to 211 days, though he said the air tests in Willowbrook indicate that the ethylene oxide levels meet federal guidelines.

“We’re trying to do the best we can with the knowledge we have on this topic,” Straub told the audience. “We’re trying to find the experts on these topics to interpret what the government is telling us.”

Straub said he did not expect the village to take any action on the issue until they knew more about it. Still, residents said they hoped Burr Ridge officials would oppose the company in whatever way they could.

“The village of Burr Ridge and Willowbrook and your state senator and your state representative have all been involved in trying to get up to speed with this, just like all of you are,” he said.

Residents said they wanted the company shuttered until more information is known about the risks of ethylene oxide. 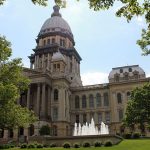 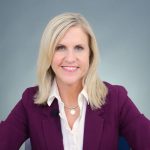