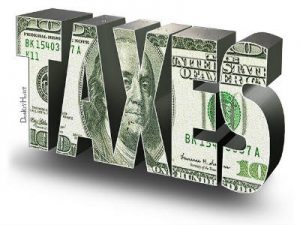 Now that Tonia Khouri has secured the 49th District GOP nomination, attention moves forward to the general election in November.

Here is the original story from the DuPage Policy Journal:

Tonia Khouri still refers to the  32 percent permanent income tax hike implemented as part of the state budget as the impetus for her run the 49th House District seat in Springfield.

“We already pay one of the highest property taxes in the nation,” the Aurora Republican recently posted on Facebook. “One of my main reasons for going to Springfield is to lower our property taxes.”

Khouri, a member of the DuPage County Board and chairman of its Economic Development Committee, recently bested Nick Zito by a nearly 2-1 margin in the Republican primary race to replace retiring Rep. Mike Fortner (R-West Chicago) to take the next step in her journey. She will now face Democrat Karina Villa of West Chicago in November’s general election.

Khouri largely based her primary campaign on a platform of lower property taxes and greater reforms to the state’s long-troubled pension plan system.

“Springfield’s appetite for our money is insatiable,” Khouri previously told the DuPage Policy Journal. “Our families pay the highest property taxes in the nation, and the Chicago Democrats’ and ‘surrender’ Republicans’ answer was to burden us with a 32 percent income tax hike without any reforms.”

Khouri recently told the Sun-Times the top issue she hears about from her would-be constituents of the district is the spiraling problem of property taxes.

“People are literally being priced out of their homes,” she said. “And what brought me into the race was the 32 percent income tax hike without any reforms. … I think the key in that phrase is ‘with no reforms.’”

This story originally appeared in Daily Herald on April 2, 2018, and was written by Glenn Minnis.

Taxes image by DonkeyHotey and used via Creative Commons Attribution 2.0 Generic (CC BY 2.0) 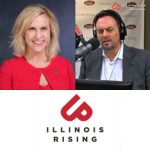