By gtadmin20
Posted March 8, 2018
In Illinois, Taxes
Progressive Income Tax Proposal Would be Tax hike for Majority of Illinois2018-03-082018-03-08https://toniakhouri.com/new-2017/wp-content/uploads/2017/09/tonia-khouri-for-state-representative-logo-2.pngTonia Khouri for State Representativehttps://toniakhouri.com/new-2017/wp-content/uploads/2018/03/taxes-progressive-income-tax-illinois-300.jpg200px200px
0 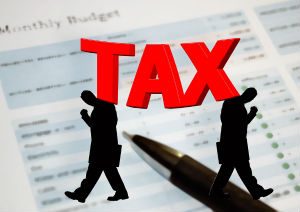 A new tax proposal in Illinois that is being advertised as “taxing the rich” will actually be a tax hike for a vast majority of Illinois taxpayers, starting with individuals earning as little as $17,300.

Proponents of scrapping Illinois’ constitutionally protected flat income tax say they just want to hike taxes on the rich. But a proposal in Springfield lays bare the true intentions of a progressive tax in Illinois: hiking taxes on the middle class.

A progressive income tax proposal introduced by state Rep. Robert Martwick, D-Chicago, would constitute a tax hike for a vast majority of Illinois taxpayers, starting with individuals earning as little as $17,300 (for a single filer with no dependents). The proposal has been assigned to the House Growth, Reform and Fairness Subcommittee, which is scheduled to meet March 8.

This plan, which is estimated to raise an additional $3.6 billion, is a 21 percent income tax increase.

This story originally appeared in Illinois Policy on March 7, 2018, and was written by Bryce Hill. 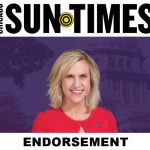