Politicians Created Illinois’ Property Tax Monster — and They Love It

Illinois has a property tax monster. Because of property taxes, unfunded mandates for communities and slow manufacturing growth compared to neighboring states, Illinois has seen a record loss of residents in the past two years.

Here is the opinion column By Phil Kadner from the Chicago Sun-Times about Illinois property taxes:

Gov. Bruce Rauner is once again making property taxes a focal point of his election campaign.

Rauner did the same thing back in 2014 and nothing much has changed since he entered office. But I give him credit for making it clear that homeowners in this state have the highest property taxes in the nation (although New Jersey also has a claim on first place).

This situation is not new, nor was it unknown to political leaders, who all have joined the “what the heck happened” bandwagon.

For years, state legislators used the problem of skyrocketing property taxes to boost their careers and campaigns, often implying that school board members and mayors were to blame.

Yet, they knew that most municipalities are responsible for only a tiny fraction of your property taxes, which also support library districts, fire districts and mosquito abatement districts, to mention a few.

The lion’s share of your property tax bill (about 67 percent, on average) is used to support local public schools. But school boards have no choice but to rely on them.

That’s because although the Illinois constitution says the state has “primary responsibility” for financing the free public school system, the state has refused to obey the law, just as it failed to make required payments into the state employee pension systems for decades.

Yet, when homeowners and business owners screamed that their property taxes were too high and demanded that the state do something about it, instead of standing up and taking responsibility your state lawmakers pointed the finger of blame at everybody else.

Worse, elected officials in Cook County turned what should have been a simple process of computing property values into a complex system that made it impossible for the average homeowner to understand.

Through the decades, Democrats not only played with the numbers in ways that ought to be illegal, but set up law firms that have made many millions of dollars off tax appeals.

If you don’t understand your tax bill, but feel it is way too high, you can appeal the assessment and save thousands of dollars. Once again, taxpayers don’t understand that system or how it works, but it sure works for the politicians.

One of the worst things about the property tax system in Cook County is that people who live in the poorest suburbs pay the highest property tax rates and still end up with less money for their schools.

And property taxes are completely unfair because they have no relationship with the ability of anyone to pay.

A person may own an expensive home but have a lot of debt due to his mortgage. Or an elderly couple may own a home worth a lot of money, but typically that represents their life savings and they don’t want to move.

Younger people may be able to afford mortgage payments, but they can’t afford a home in Cook County because the property taxes are so high. They end up buying in Indiana or Wisconsin.

Freezing property taxes, the governor’s solution, would only damage public school funding unless the state decides to pay its fair share, 51 percent of the bill.

The fact is that politicians failed to pay the state’s bills, can’t balance the state’s budget and forced property taxes to skyrocket by refusing to adequately fund education for decades.

They like to complain about property taxes, but they really don’t want to change the system. That’s terrible for you, but it works for them.

This story originally appeared in Chicago Sun-Times on January 4, 2018 and was written by Phil Kadner.

For more information: Read about Tonia Khouri, her experience, leadership, stand on the issues and her endo 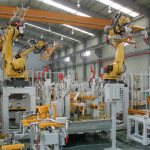 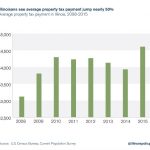