Pension Reform – The Time is Now

Illinois is in need of pension reforms. Government pensions in the State of Illinois consume about 25% of state revenue. 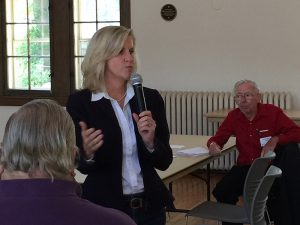 According to Moody’s Investors Services, Illinois has $250 Billion in pension debt. Those pension benefits continue to grow faster than incomes and have given every household in Illinois 56K in pension debt.

A recent story by DuPage Policy Journal reported on Tonia Khouri speaking to the need for pension reform.

Now is the time for pension reform, Khouri says

Tonia Khouri thinks the reasons Illinois is in such desperate need for pension reform are almost too many to count.

“Right now, about 25 percent of Illinois’ general fund state revenue is consumed by government employee health insurance and pensions, compared to the national average of only 4 percent,” Khouri recently posted on Facebook. “For Illinois, that leaves only 75 percent of tax revenue collected for education, social services and public safety.”

With all those resources going to just one place, Illinois Policy recently posed the question of what all that money is actually used for.

“Illinois state spending can be broken down into several broad categories.” Illinois Policy noted in a recent article. “Funds for spending include not just money from taxes, but also money from licensing or user fees, penalties from regulatory actions and more.”

Researchers highlighted the group of funds requiring the most scrutiny are general funds, with the “big three” of personal income tax, corporate income tax and sales taxes typically accounting for more than three-quarters of all general fund revenue.

Of those figures, the Commission on Government Forecasting and Accountability reports roughly one-fourth is consumed by government employee health insurance and pensions.

In addition, the Governor’s Office of Management and Budget reports spikes in spending on government worker pensions and employee health insurance has easily lapped spending in every other area of local government since the turn of the millennium.

In particular, spending on pensions has risen by 663 percent, spending on employee health insurance has grown 215 percent and spending on preschool through high school education has grown 65 percent. By comparison, all other spending has grown by just 16 percent.

Illinois Policy notes all this comes at a time when the state is in arrears on at least $250 billion in unpaid pension debt.

“Want enough money for our schools, police, and to take care of the most vulnerable? Demand pension reform now,” Khouri added in her Facebook post.

Running against Democrat Katrina Villa to replace retiring Rep. Mike Fortner (R-West Chicago) in the 49th House District, Khouri has made the issues of rising property taxes and fiscal responsibility staples of her campaign.

“People are overtaxed,” she said during a recent appearance on WIND AM 560 radio. “Everybody is saying high property taxes are a concern; it doesn’t matter what demographic they are.”

Khouri, a member of the DuPage County board and chairman of its Economic Development Committee,  said she got in the race as a way of stemming the tide.

She recently spoke out forcefully against the progressive tax idea put forth by Democratic gubernatorial candidate J.B. Pritzker.

“This is rearing its ugly head again and would be very detrimental,” she said on the radio show. “I felt it necessary to get involved and have the voice of DuPage County heard.”

This story originally appeared in DuPage Policy Journal on April 23, 2018, and was written by Glenn Minnis 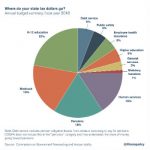 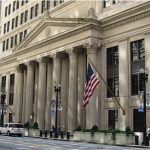