Tonia Khouri is running for State Representative to change the culture in Springfield. A culture that is more concerned with protecting themselves and their colleagues than they are about fixing the problems in Illinois.

Her work on the County Board has helped make DuPage County an example for the rest of the state to follow.

DuPage County has a strong and growing economy with the lowest unemployment in the region, is creating new jobs, and has a higher average salary than the State of Illinois and the nation.

Other candidates who have no real record to run on are willing to distort the truth and will say anything as long as their misleading statements poll well.

They’ll even try to blame Republican opponents for the problems created by Michael Madigan and the Democrats and take credit for policies that were supported by Republicans.

It’s sad that so many candidates are willing to say anything to get elected.

Here is the original story as it appeared in the Chicago Sun-Times:

Misleading campaign mailers go out as long as they poll well

The Democratic Party of Illinois has sent out what could wind up being the most unintentionally hilarious campaign mailer of the season.

“If politicians in Springfield don’t do their job and balance the budget, they shouldn’t get paid. Period,” the mailer claims. “Mica Freeman is outraged Governor Bruce Rauner and Springfield politicians continued collecting taxpayer-funded paychecks while failing to balance the budget for more than 700 days, putting critical services like breast cancer screenings and domestic violence shelters at risk.”

The other side of the mailer has a photo of a bespectacled, cross-armed Freeman staring at the camera. “If you don’t do your job, you don’t get paid. Even my kids understand that. But Springfield politicians who fail to pass a budget still collect a paycheck. I say that’s wrong and I’m going to stop it.” 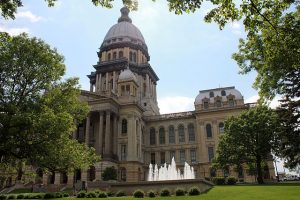 The Republican Munger’s special election campaign that year centered around her “No budget, no pay” slogan, and she got backup from Gov. Rauner, who, by the way, doesn’t accept a salary.

So, I about died laughing when I saw that Democratic Party mailer.

Rep. Batinick himself co-sponsored legislation in 2015 that would’ve repealed a state law enacting a continuing appropriation for legislator salaries and General Assembly operations. That 2014 law was pushed by Madigan after Gov. Pat Quinn vetoed legislator salaries out of a budget bill in a failed effort to force the GA to take up a pension reform bill.

Madigan himself sued Quinn over the paychecks and won in 2013.

Rep. Batinick also sent a letter along with several of his colleagues to incoming Comptroller Susana Mendoza in December of 2016 offering their advice on how to counter the Madigan-backed lawsuit. Batinick even owns the NoBudgetNoPayIL.com website.

The issue definitely polls well, which is why the Democrats are using it.

Munger received far more votes than the other two statewide Republican candidates in 2016 (President Donald Trump and Sen. Mark Kirk). “They’re hurting Illinois, so why should they get paid?” Munger asked in a TV ad focusing on the issue. And it was extremely telling that Madigan’s members waited until after the election ended to file their lawsuit.

Madigan’s side prevailed in court, however, and the issue was dropped after Comptroller Mendoza decided against an appeal.

I asked Madigan’s spokesman Steve Brown if this meant Madigan was now in favor of the concept. “As I recall,” Brown wrote in an e-mail, “Madigan opposed efforts to block pay because it was being used as an economic weapon.”

OK, but that issue would be weaponized yet again if Rep. Batinick and now his Democratic opponent have their way.

“It’s sad that candidates are so far from policy and at a place where some do anything to win,” Rep. Batinick said. “It’s a big reason we are in the mess we are in.” 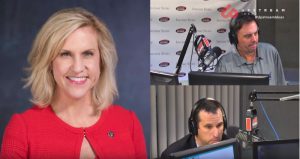 Tonia Khouri on AM 560 to discuss how Madigan’s money lies to voters.

The Democratic Party of Illinois is also using the “Invest in Kids Tax Credit” program to bash a Republican House candidate.

The 75 percent tax credit on donations to a fund to help lower-income families send their kids to private or out of district schools was passed as part of the school funding reform bill. It was hotly opposed by teachers unions, but backed to the hilt by folks like Chicago Cardinal Blase Cupich.

So far, contributions have not met expectations. Less than $41 million has been donated, even though the program is capped at $100 million. Democratic gubernatorial candidate JB Pritzker has said he will end the program if elected.

“Tonia Khouri’s extreme agenda would strip millions in funding from our schools,” the mailer blares. Khouri “supports a plan to strip 75 million dollars from our public schools in a voucher-style scheme that diverts tax money to private schools,” according to the mailer.

The mailer is interesting mainly because this plan was supposed to be popular with suburbanites, and Khouri is vying to replace retiring suburban Rep. Mike Fortner (R-West Chicago). But, apparently, the polling works on this hit.

As usual with these things, it’s also more than a bit misleading. The “extreme” plan was backed by DPI’s chairman Speaker Madigan, passed by both Democratic-controlled legislative chambers and signed into law a year ago.

This story originally appeared in the Chicago Sun-Times and was written by Rich Miller. 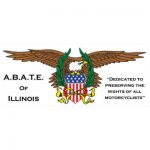 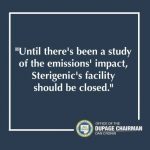