Despite Population Exodus, It’s Not Too Late to Save Illinois 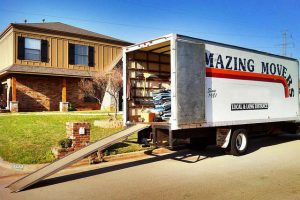 The state of Illinois continues to lose population to both surrounding states and to other U.S. states.

In 2015-2016, Illinois lost a record number of residents and has now shrunk in population for four straight years. A new study by Illinois Policy has shown that Illinois loses a resident to another state every 4.6 minutes.

Tonia Khouri believes it is not too late to save the state.

Here is the story from the DuPage Policy Journal about Illinois population loss which quotes Tonia:

Khouri, vying to win the 49th District seat held by retiring Rep. Mike Fortner (R-West Chicago), responded to the Illinois Policy report “New IRS Data: Illinois Sees Record Loss of People, Income to Other States,” on her Facebook page, saying citizens are leaving the state by droves and taking their wealth with them.

“Since the Democrat tax hike in 2011, the flight of Illinois residents leaving to other states has accelerated and the Chicago Democrats and surrender Republicans answer was to burden us with an additional 32-percent income tax hike without any reforms,” Khour said.

“I’m going to Springfield to stop the insanity of tax-and-spend policies that are currently bankrupting our state and hurting our families,” Khouri said. “I want Illinois families to be able to stay together in Illinois and not be forced to split up because of financial reasons.”

It’s not too late to save the state, she said.

“I’m going to Springfield to defend our homes and families, represent the people’s interests and stop the raising of our property taxes,” Khouri said, adding citizens just need the right people in Springfield to do it. “I’m running to be your voice and true representative in the Capitol.”

This story originally appeared in DuPage Policy Journal on December 12, 2017, and was written by Angela Underwood. 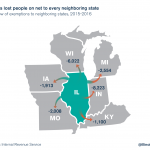 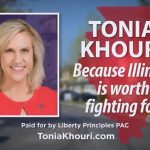 Illinois is Worth Fighting For (Video)Illinois, Taxes, Video