Cocktails in the Wine Garden at Fiora’s On June 28 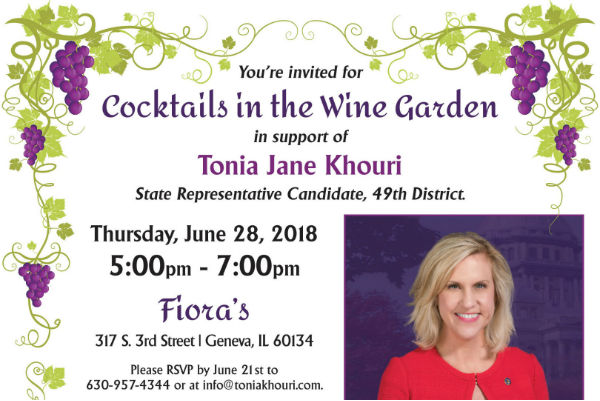 The fundraiser has been reported by in media outlets, including the following original story as reported by DuPage Policy Journal:

Khouri to host fundraiser at Fiora’s on June 28

State House candidate Tonia Khouri is slated to hold a “Cocktails in the Wine Garden” meet-and-greet with supporters at Fiora’s on June 28.

Khouri, who running against Democrat Katrina Villa to replace Rep. Mike Fortner (R-West Chicago) in the 49th House District, is scheduled to be on hand for the two-hour event, which kicks off in Geneva at 5 p.m.

Since launching her bid, Khouri has made greater fiscal responsibility and property tax reform staples of her campaign. She recently spoke out in opposition of the recently passed $38.5 billion state budget, pointing out that Illinois Policy Institute has already said that the plan is at least $1.5 billion out of balance.

“We need property tax relief, governmental reforms and accountability in Springfield, and we need them now,” Khouri recently posted on Facebook. “Or the exodus will continue.”

This story originally appeared in DuPage Policy Journal on June 16, 2018, and was written by Glenn Minnis 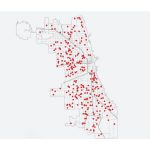