Tonia Khouri has been endorsed by the Chicago Tribune Editorial Board for Illinois House District 49 State Representative.

Here is the endorsement which appeared in the Chicago Tribune: 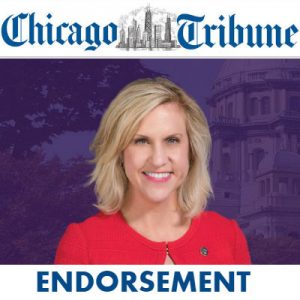 Two candidates with divergent worldviews are running in this west suburban district.

Republican Tonia Khouri of Aurora is a small business owner and DuPage County Board member who says she will fight for balanced budgets and pro-growth business reforms.

That’s the way to bolster the middle class, in her view.

Her opponent is Democrat Karina Villa of West Chicago, a social worker and school board vice president, whose parents migrated to the United States from Mexico. She believes a graduated income tax and more money for education would boost the middle class.

We agree with Khouri.

This endorsement originally appeared in the Chicago Tribune on October 18, 2018

Tonia Khouri was also endorsed by the Daily Herald 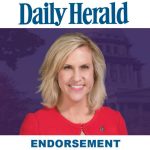 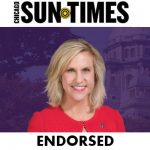