Tonia Khouri has been endorsed by the Chicago Sun-Times Editorial Board for Illinois House District 49 State Representative.

Here is the endorsement which appeared in the Chicago Sun-Times: 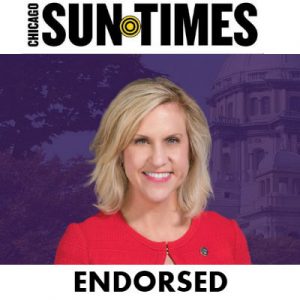 Republican Tonia “Jane” Khouri makes a good point about a proposed graduated state income tax, which she opposes but almost all Democrats favor. It would require at least several years to enact, she says, given the need to rewrite the Illinois Constitution first, and the state can’t wait that long.

Given the speed with which Illinois’ debts and pension obligations continue to grow, Khouri told us, the Legislature has to “move the state forward” right now.

We support a graduated income tax, but Khouri is right that it would be no panacea. And we respect her advocacy for immediate and creative ways to reduce overall spending.

Khouri is a member of the DuPage County Board, which has done a commendable job of cutting costs. She also operates a landscaping and home remodeling business.

We endorse Khouri over Democrat Karina Villa, a school social worker and member of the West Chicago Elementary District 33 school board.

This endorsement originally appeared in the Chicago Sun-Times on October 18, 2018 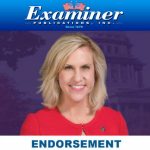