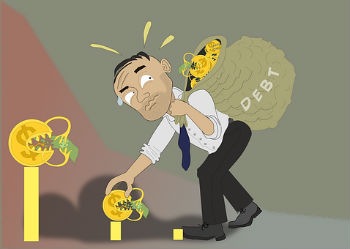 Most people are well aware that Illinois’ public workers’ pension system is underfunded.

But do we know the truth about how bad the situation really is?

Budget experts say states like Illinois are using accounting gimmicks to lie to the public about the stability of their public worker retirement plans.

According to a new report by the American Legislative Exchange Council, Illinois and many other states are deceiving the public when they say how much debt their pension systems have. Pension managers subtract what they think they’ll get back in assumed investment returns.

“The annual required contributions were consistently less than what the state should have actually paid in,” said Thurston Powers, research analyst at the Center for State and Fiscal Reform, a division of the American Legislative Exchange Council. “They were underfunding even when they said they made their required contributions.”

Joe Nation, professor of public policy at Stanford University, said the result is a debt snowball that eventually crowds out services.

“The people who are being hurt the most by this fake math are the poorest people in society,” he said.

Stanford’s Institute for Economic Policy Research operates pensiontracker.org, which shows each state’s pension liability and a modified estimate of what the debt is when applying a more conservative estimate of assumed investment returns.

Powers says that states can take away the ability for lawmakers to misrepresent their real debt by moving retirees to a 401(k)-style system similar to what’s used in the private sector. Wisconsin, which Powers said has the most well-funded retirement fund in the nation, uses a hybrid pension/401k-style plan.

Because of this corruption and unaccountability in Springfield, people are leaving Illinois in droves. Our loss in population will cause Illinois to lose 1 – 2 Congressional Seats.

This story originally appeared on Illinois News Network on January 10, 2018, and was written by Cole Lauterbach. 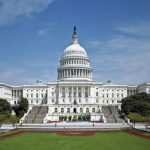 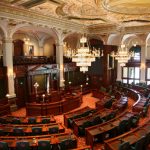