A recent story in the Daily Herald highlighted the differences between the two candidates running for State Representative of Illinois’ 49th district.

Tonia Khouri is “laser-focused on the #1 issue in the district people care about”: fighting high property taxes through reform, consolidation, and fair property tax assessments.

Opponent Karina Villa is focused on “increasing state funding” through a progressive income tax that will raise the state income taxes yet again. She would not say that she wouldn’t vote for Michael Madigan to remain as Illinois Speaker of the House, which would keep the same leadership in place that has been racked by harassment scandals and overseen the loss of businesses and residents to surrounding states.

The following article originally appeared in the Daily Herald: 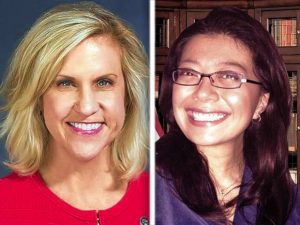 Villa, a school social worker and vice president of the West Chicago Elementary District 33 school board, said she felt compelled to run after the three-year state budget impasse made her job connecting families with mental health services, housing and other resources “impossible.”

Villa said freezing property taxes won’t solve anything and she supports increasing state funding for education to fix the problem.

“The recent budget passed in Springfield that provides $350 million in new funding for schools, with $50 million dedicated for school districts that have a high need for property tax relief, was a good start,” she said adding, the state must provide property tax relief for middle-income families and seniors on a fixed budget.

Khouri, 49, a DuPage County Board member and the owner of a landscaping and home remodeling business, says she was motivated to run after Fortner joined a group of Republican lawmakers who voted to override Gov. Bruce Rauner’s veto of a 32 percent income tax rate increase.

Her top concern is lowering property taxes to stem the tide of Illinoisans leaving the state. She said to do that, lawmakers must tackle pension reform and streamline government.

Khouri said her experience on the DuPage County Board as chairman of economic development will help her tackle the state’s fiscal woes.

“We have kept our tax levy flat for the past 10 years and we’ve actually cut our budget by $36.5 million, saving taxpayers $110 million, and we’ve done it by reforming government with consolidation, joint procurement, shared services. So it can be done … Those are the kinds of reforms I want to bring to Springfield,” said Khouri, who lost a 2016 bid to oust U.S. Rep. Bill Foster, a Naperville Democrat, from his seat in Congress.

Khouri also supports reforming a culture of “harassment and abuse” in Springfield under the leadership of House Speaker Mike Madigan and term limits for legislative leaders.

Madigan is the longest-serving speaker in U.S. history having held the position for all but two years since 1983. Getting rid of him is key to reforming Springfield politics and improving the financial climate, Khouri believes. 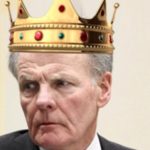 “Under his 40 years, we’ve had property taxes increase six times faster than personal income, we have a culture in Springfield of harassment and abuse … we’ve had a mass exodus of 1.3 million people since the year 2000. To think that he doesn’t have a huge impact on Illinois politics is kind of laughable to me,” said Khouri, adding she has not taken money from Madigan or Gov. Bruce Rauner for her campaign. “I am going down there to vote on policy, not politics.”

Villa supports term limits for all state representatives, including Madigan. She said she is not beholden to Madigan or the Democratic Party and called the idea that she was hand-picked by the speaker to run “insulting,” though she wouldn’t say outright whether she would vote for Madigan to remain as speaker.

Both candidates vowed to work with lawmakers on the other side of the aisle.

“The need for compromise is great, but the one thing that I will not compromise on is putting a bigger burden on the shoulders of those of us who are middle class in the state of Illinois,” Villa said.

This story originally appeared in the Daily Herald on September 23, 2018 and was written by Kristen McQueary 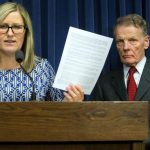 Don’t Fall for the “Woke” Madigan and His “Independent” CandidatesElection, Illinois, Karina Villa 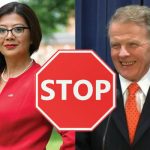